The ACF Governor, Zio Song or Songzio, as he is mostly known internationally, has recently been named the new chairman of the Council of Fashion Designers of Korea ( CFDK). This once dubbed, ‘best menswear designer in Korea’, becomes a spokesperson and industry ambassador for his native country globally, whilst continuing his prolific career and other creative titles, including the special one with the Asian Couture Federation. Apart from mentoring some 300 designers on CFDK 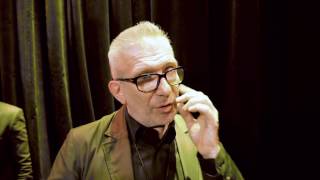 Jean Paul Gaultier on French couture and it’s heritage, Rihanna at the Met Ball and a special message to the Asian Couture Federation It was in September 2014 that Jean Paul Gaultier announced that his just to be unveiled SS/14 collection would be his final ready-to-wear after almost four decades in the business. According to one of the currently most respected voices in the fashion journalism ( Alex Fury, The Independent) ‘over that time JPG has gone from arriviste, to provo

Forum with Masters at Jinan in Style International Fashion Week